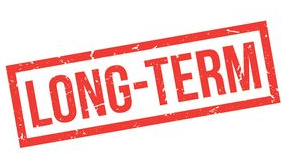 It’s no doubt that having a long-term plan and mindset is the key to success for any poker player and us as an affiliate. Most times, we receive questions from players about why we differ from our competitors.

Another question that keeps coming up is on GGPoker – why we don’t offer special fixed Rakeback deals like some other affiliates. The answer is relatively simple; such deals are not allowed by the GGNetwork. Of course, we could ignore it and quietly offer it to all players, but that’s not how we work, and there are specific reasons for it. We will go into details about these questions.

Apart from the fact that it would be disrespectful to ignore specific guidelines, in the long term, this can backfire if the poker room suddenly blocks us due to a rule break. So what is the point if, in the end, both a player and the affiliate get nothing?

We receive numerous emails daily from players who have signed up through some small affiliate and have received an illegal Rakeback deal. Now, the affiliate has been blocked and can’t offer players anything anymore. These players now want to subsequently link their player accounts with YourPokerDream to take advantage of our exclusive deals/promotions. Unfortunately, this is no longer possible if a player account has been created through another affiliate, and that’s right.

Our point of view here is relatively simple: This would not have happened with YourPokerDream! In no way do we mean to say that no other affiliate that works seriously. But it is a fact that our way of working and strategy differs from many other affiliates. On the one hand, we adhere to guidelines; all our promotions/deals are completely legal, approved by the providers, and are long-term. Even if many players may think we are not a Rakeback affiliate, we offer the highest deals / promotions and, depending on the poker room, also fantastic flat rakeback deals, but our focus is not only on Rakeback and targeting professional players. We also do a lot to appeal to ordinary hobby players and the players who put the money into the system and make sure that everything works.

Poker rooms and affiliates need to have the same direction for the sustainability of the poker market.  Poker rooms need to offer good services for every type of player. Every player is crucial; we are happy to have them because they are the ones who generate significant turnover in the long run. But it has to be clear to everyone that a poker room cannot survive in the long term if only the sharks hang around the tables. So it goes without saying that an affiliate who brings 90% players to the table who get money out of the system is nowhere near an affiliate who brings in ordinary players no matter the percentage.

A healthy balance is vital, and many don’t understand that. Many affiliates think short term and fight each other with some illegal deals to attract players. Almost nobody thinks about the future and the repercussions of these unlawful actions on the poker market.

Let’s take the iPoker network as an example. This poker network has gone backward for over a decade. No poker network has more skins than iPoker, and there are no clear rules on these skins, and players can do whatever they want. This creates an entirely chaotic situation for poker rooms and also affiliates. These players also jump from provider-to-provider where there are new welcome bonuses, and 1% more Rakeback, and so on.

It is essential to know that 90% of these affiliates do nothing else than lure players away from one skin to another. That is all well and good, but what should such a business policy bring in the long term? iPoker doesn’t seem to care, and everyone carries on happily.

The GGNetwork, for example, does not want players to jump from skin-to-skin. The poker provider has everything structured in a way that all skins are almost identical. Everyone can access fish buffets; the same tables, tournaments, and promotions are the same for all network providers. A provider can have a little extra promotion or a different welcome bonus, but 95% of the time, every offer is the same. There is also a clear guideline on the GGNetwork for providers and affiliates to recruit new players and not push players to for one skin to another, as it happens in iPoker or the WPN network.

Affiliates also have to do their part

Affiliates should have the same goal because, in the long run, and stop luring players to different poker rooms to push them to a skin on the same network.

This does not mean that this should no longer be allowed or that a player is not allowed to change. It should just not be the focus. It’s not that we haven’t already benefited from it. It just shouldn’t be the focus.

We at YourPokerDream will always make sure that we have the best deals for our players, but we will never lose sight of the bigger picture and always do our best to contribute to the online poker market. Everyone should have understood that the market has changed. Online poker is by no means dead as many people claim; it’s just in a different time.

Terms and Conditions apply.
This offer is only for new customers who are at least 18 years old.
If you need some help with yor gambling pattern and if you feel
that something goes wrong, please visit begambleaware.com
By Daniel Berger|2020-11-17T09:10:10+01:00November 16th, 2020|