The independent online poker room Unibet is set to introduce a new desktop poker client for the largest software upgrade in the room in many years. The operator gradually published screenshots of its redesigned poker client in the largest poker forum “2 + 2” and its own Unibet community poker forum. Also, a revised VIP system was announced with which PartyPoker supposedly wants to compete with.

The Version 3 lobby has a new user interface and redesigns all of the lobby’s screens and tables, a Unibet spokesman said. Special attention was paid to the MTT lobby by improving the information display. One of the most important innovations is improved navigation in the main lobby. The tabs for the main games – Cash Game, Sit & Go, Tournament, and HexaPro – have been positioned in a better way to improve navigation. The new software is currently being tested internally, and it is scheduled to go live in September. 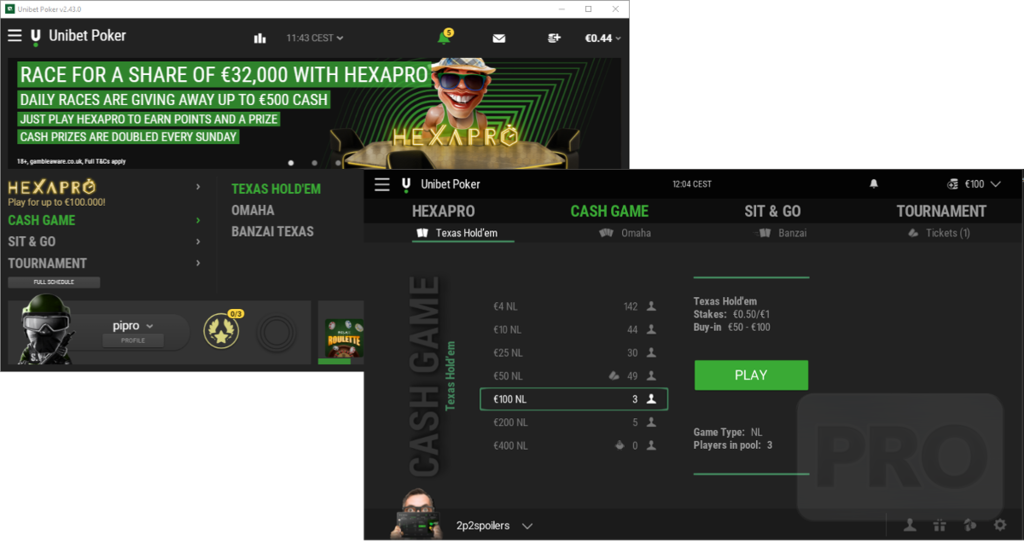 Unibet’s current poker client does take some getting used to and is not particularly popular with professional players who play multiple tables at the same time. Even if the focus is definitely on recreational players, there seems to have been a bit of rethinking internally, as a new, more attractive VIP program is now being launched in addition to the revised software.

Unibet has made a name for itself in the scene and nobody would have thought that the poker room would do so well. Nevertheless, there is still a long way to go to keep up with big players like the iPoker Network or PartyPoker. Also, a small change in strategy to make the whole change a little more interesting for professional players could give the decisive kick that has been missing for a long time.

Create a player account via YourPokerDream as an affiliate and enjoy a €200 welcome bonus. The field of players at Unibet is by far one of the weakest on the European market and especially in cash games, there are enough running tables.

The Hexa Pro SNG is also very popular, and it offers a very special thrill.

Terms and Conditions apply.
This offer is only for new customers who are at least 18 years old.
If you need some help with yor gambling pattern and if you feel
that something goes wrong, please visit begambleaware.com
By Daniel Berger|2020-08-14T17:38:45+02:00August 13th, 2020|