Home » Will Phil Galfond Resume His First Challenge?
Previous Next
February 13, 2020
Will Phil Galfond Resume His First Challenge?
Author:
Marina Taylor
Hi, I am the content manager of YourPokerDream community, which is dedicated to enlightening all the important aspects of the poker game.
The main purpose of the site is to keep you up to date with the industry and provide you favorable conditions for a successful game. 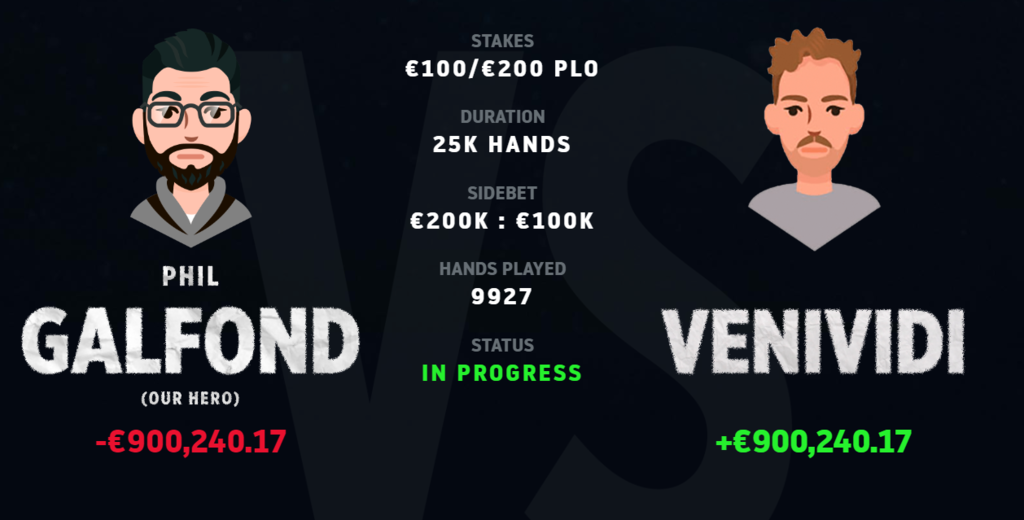 The first match of the high-stakes heads-up battles in the “Galfond Challenge” has been suspended until the beginning of March after online poker legend Phil Galfond lost about a seven-digit sum of money.

After playing 15 days of pot-limit Omaha against “Venividi1993,” Galfond lost more €900,000 to the unknown pro. Galfond himself explained after playing under the tilt for some time. The unexpected downswing caused Galfond to keep on hold the match of his challenge that was scheduled on Tuesday 16th. Galfond announced his intention on his Twitter account, citing difficulties in handling the downswing mentally.

“I lost that hope, and it was replaced by depression,” said Galfond in his social media post. “I’m proud of the way I kept it together for so long, but I found my mind’s limit… I don’t really know whether it was the gained and lost hope, fatigue from day after day of intense poker and study, or something else, but I know that I’ve become unable to play my A or B game.”

Unfortunately, my downswing in the first #GalfondChallenge has very much continued.

I’m taking a step back to do some thinking. Here’s an update, along with some more of my thoughts: pic.twitter.com/jIcN4Bc1Jz

According to Galfond`s post, the challenge is going to be back on the rails at the beginning of March. Moreover, a predetermined $3,000/day penalties for not playing the scheduled days will be paid full-scale.

In case if Galfond will carry on playing, he will still have plenty of time to make back the losses. The two agreed to play 25,000 hands and are barely a third of the way through the predetermined number.

“Truth is you’re a washed up nice guy everyone has their time,” said Schwartz in his post. “You certainly can’t beat the top guys in Plo anymore, it’s clearly time to wave the white flag.”

Meanwhile, Galfond responded to Schwartz’s post by confirming that they will play their match, probably after the 2020 World Series of Poker.

There are seven challenges predetermined for Galfond’s challenges. The schedule is availiable below:

Terms and Conditions apply.
This offer is only for new customers who are at least 18 years old.
If you need some help with yor gambling pattern and if you feel
that something goes wrong, please visit begambleaware.com
By Marina Taylor|2020-02-13T14:55:47+01:00February 13th, 2020|