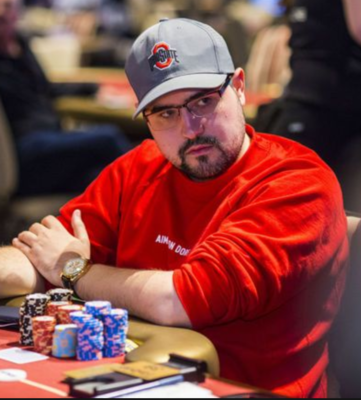 Dennis Blieden a World Poker Tour (WPT) champion was charged for embezzling $22 million from his former company StyleHaul according to a press release by the United States Department of Justice.

Blieden is a renowned WPT champion having won the 2018 Los Angeles Poker Classic Main Event for $1,000,000, was charged on the 11th of June on eleven counts of wire fraud, one count was from identity theft and two others from forfeiture counts.

However, this player was the V.P of StyleHaul – a digital marketing company based in Las Vegas. Holding a very vital position StyleHaul, Bleiden had access to the company’s bank accounts in which he was able to wire some funds to his bank accounts.

According to the United States Department of Justice, Bleiden passed on $1.2 million in personal checks to other poker players. He also used $1.1 million to pay off credit cards and moved $8.4 million to his cryptocurrency accounts(Bitcoin) on a crypto-exchange.

Additionally, the charges against him also indicated that he forged the letters used for his wire transfers to move money to his accounts. The U.S Authorities also stated that he used these funds to gain entrance into poker tournaments. It is necessary to know that during an interview last year, Bleiden noted that he is hoping to enter into the $300,000 Super High Roller Bowl.

The 29-year-old player currently lives in Nevada after quitting his job at StyleHaul last year. However, if proven guilty of the charges, Bleiden could face a 200 years’ jail term.

Bleiden had two cashes before winning the LAPC. He was also a consistent player in the high-stakes cash games shown on Live at the Bike!

Terms and Conditions apply.
This offer is only for new customers who are at least 18 years old.
If you need some help with yor gambling pattern and if you feel
that something goes wrong, please visit begambleaware.com
By Lawrence Damilola|2019-07-13T14:37:20+02:00July 13th, 2019|