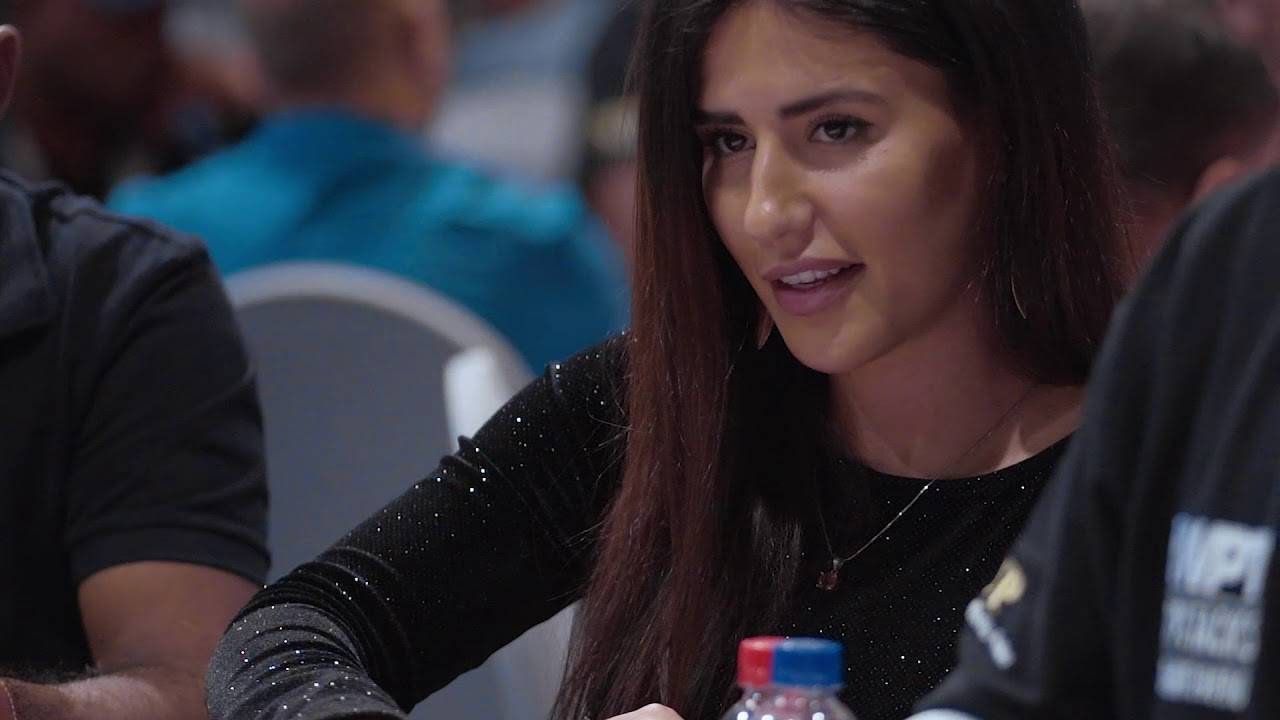 So far, the World Series of Poker tournaments have been competitive and action-packed. The Event #82: $1,050 Beat the Pros (Bounty) came to an end yesterday the 6th of September after 13 hours of play with a field of 2,024. However, the player who came victorious in the game was Melika Razavi – 2016 Miss Global Iran.

Razavi earned the top prize of the tournament and went home with a whooping sum of $239,180, which is the largest in score in her career. She surpassed the $56,120 she earned as the fifth-place finisher in a $1,500 buy-in event at the Merit Crystal Cove Hotel-Casino in Cyprus.

Razavi is highly known for her pageantry with more than half a million followers on Instagram. Despite that, she has been an active poker player for many years. Last year, she competed in the EPT Monte Carlo Main Event where she ultimately finished in 17th place for €36,620.

As a passionate poker player and a motivational speaker, she crowned her poker career by being a member of the exclusive WSOP gold bracelet club.

During an interview, she encouraged other women to go for their aims and ambitions no matter how challenging they are. However, even though gambling – including poker and beauty pageants are off-limits in Iran, Razavi has encountered challenging moments.

Last year, she told during the interview: “I’ve been through a lot and that made me a really strong person. To me, believing and never doubting and never allowing anyone to tell you that you can or you cannot – that works for me. I’m stepping out to show them and to tell them that no matter where you’re from, no matter what you have if you put your mind into something, nothing and no one can stop you.”

The final table started with Peter Chien leading the ranks, with Andre Difelice and Razavi trailing behind him with the next-largest stacks. The first player to enter the final table was Vadim Stoyanov who got all-in with pocket eights against Razavi’s A-K. Razavi overtook Stoyanov with a king-high flop and maintained her momentum. Stoyanov fell short and placed himself in the 9th place, earning $20,704 for his deep run.

The next player to be eliminated was the two-time bracelet winner Elio Fox. Fox got in a pre-flop with his last chips of the game with A9. He then received a call from the WPT champion Dylan Linde who had KK. Linde made a heart flush by the river to defeat Fox. Fox ended 8th place and went home with $28,450.

However, Chien – who was leading the ranks in the final table – was later defeated by the pocket queens of Difelice and earned the 7th place finish. He earned a total of $40,251.

During the race for the first-place finish, Razavi faced a tough time along the line when her sevens stumbled against Difelice’s set of aces. She went back on track when she defeated WSOP and WPT winner Mike Leah. Leah earned the 6th place finish ($41,892).

Razavi went on to defeat Martin Zamani – 2019 PokerStars Caribbean Adventure $25,000 high roller winner. Zamini earned the 5th place finish ($51,081). Leonid Yanovski was the next poker player to get eliminated; this time, it was Difelice. Yanovski’s J9 couldn’t compete with Difelice’s KQ. Difelice flopped a pair and a flush draw and held from there to send Yanovski to the 4th place finish ($66,056).

Difelice got defeated by Linde and finished 3rd place when he got all-in with A6 from the button and was called by the KK of Linde. Difelice went home with $114,413 as the third-place finisher.

It was a one-on-one battle between Razavi and Linde. Razavi, with her K4 and the KK3 offered her trip kings. Razavi’s 5 on the turn saw her make a small value bet that was called and the 4 completed the board. On the other hand, Linde went all-in for almost 10 big blinds, but Razavi called with her full-house to emerge victoriously. Linde went home with $147,447 for his runner-up showing, while Razavi went home with $239,180.

Terms and Conditions apply.
This offer is only for new customers who are at least 18 years old.
If you need some help with yor gambling pattern and if you feel
that something goes wrong, please visit begambleaware.com
By Lawrence Damilola|2020-09-07T08:11:50+02:00September 7th, 2020|