Home » WSOP Ruffles Three More Online Bracelets
Previous Next
July 8, 2020
WSOP Ruffles Three More Online Bracelets
Author:
Marina Taylor
Hi, I am the content manager of YourPokerDream community, which is dedicated to enlightening all the important aspects of the poker game.
The main purpose of the site is to keep you up to date with the industry and provide you favorable conditions for a successful game. 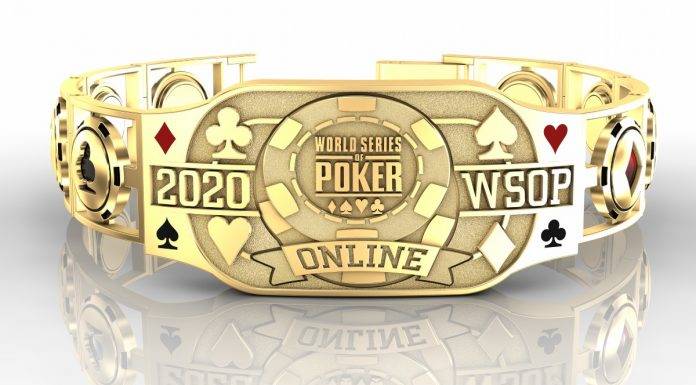 Three more WSOP tournaments passed – all the bracelets were taken away by players who had not received them before. It is noteworthy that all the winners who became the WSOP champions so far are American players – Louis Lynch, Robert Kuhn, and Matt Bod. Each event had the opportunity to make up to two re-entries.

This year, the vast majority of the participants of the World Series of Poker are Americans. Although 10-15 representatives of other countries in four tournaments reinforce its internationality, in fact, by 2020 the series became less “global” than before. 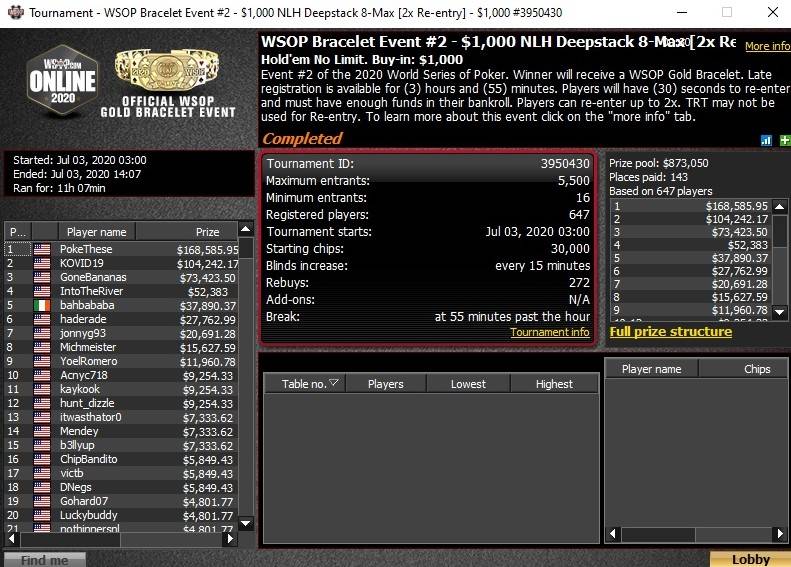 The second series tournament was played by many famous poker players, including Daniel Negreanu under the nickname “DNegs”, who was unlucky enough to leave the tournament in 18th place with a prize of $ 5.8K. In the end, Louis “PokeThese” Lynch, a resident of Pennsylvania, received the WSOP online bracelet along with the $ 168K.

The wins in this tournament exceeded the sum of all poker prize money earned in live tournaments up to this point (according to The Hendon Mob). 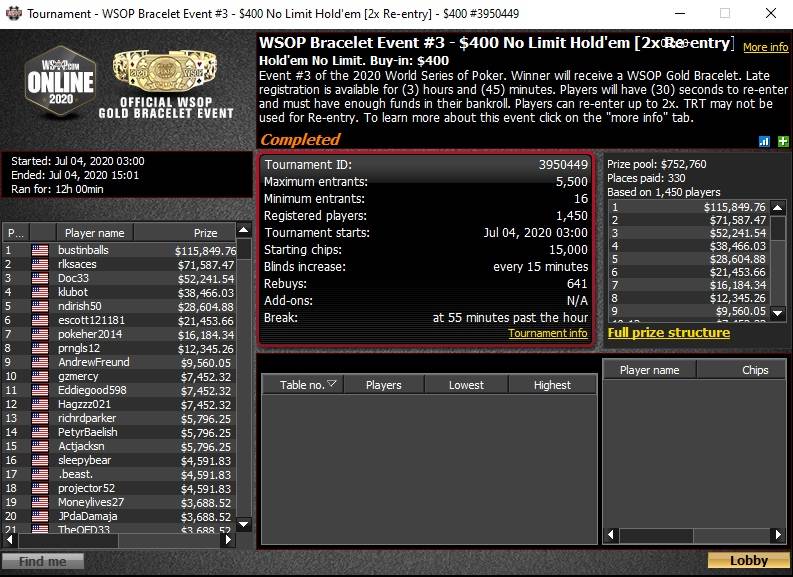 The tournament lasted for 12 hours and collected 2,091 entries; the prize pool exceeded $ 752K.

The winner of the event became Robert Kuhn, a live WSOP events participant, who won more than $ 370K in live tournaments of this series.

The cash prize in the third event of the WSOP 2020 did not become the largest for him in his career – in 2016 he received $ 122K and a golden ring, by taking first place in the WSOP-C Main Event. However, he had not previously received world-class bracelets.

The fourth event, which gathered 1,179 entries, thanks to its accelerated structure lasted only five hours. The prize pool reached the number of $530.5K.

Phil Hellmuth was playing at this tournament under the nickname “Lumestackin” and reached the 37th place. Frankly speaking, the jackpot for one of the greatest poker pros and record holder in the number of WSOP bracelets turned out to be small – only $ 1.9K.

The winner and owner of the gold bracelet, Matt Bode, appeared to work as a behavior therapist and an avid MTT-player, as he claims on his Twitter account.

Terms and Conditions apply.
This offer is only for new customers who are at least 18 years old.
If you need some help with yor gambling pattern and if you feel
that something goes wrong, please visit begambleaware.com
By Marina Taylor|2022-07-19T17:04:27+02:00July 8th, 2020|