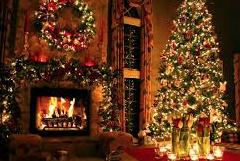 Christmas is upon us and we at YourPokerDream want to make our community a very special Christmas present. This promotion will run until December 26, 2017 at 23:59. We’re giving much higher rakeback deals to new players, we’re running a special promotion for our low grinders with the goal of building your bankroll, increasing Tell a Friend / Affiliate commissions, and some loyal players will receive an extra vip cash bonus.

From the 1st of December to the 26th of December 2017 we will give away a much higher rakeback deal than usual for almost all our partners. However, these special deals are limited and are awarded according to the principle of “first come, first served”.

In total, we award 25 special deals for all our partner rooms!

The first 25 players who sign up for one of our poker partners during the period from December 1st to December 26th 2017, make a real money deposit of a minimum of € 100 and generate $ 250 + in rake / fees, will be awarded for the entire December / January with 5% extra rakeback bonus. From the third month this rakeback bonus is eliminated and all works like usual.

We appreciate your effort and appreciate each referral and every new player who finds his way to our community. And just before Christmas, we want to give you an extra incentive to bring new players to YourPokerDream.

For each new player you bring between the 1st of December 2017 and the 26th of December 2017, you will receive a 2.5% extra commission and an additional $ 15 extra cash for the first 2 months. A prerequisite is that the new player had never an YourPokerDream before, that he sign up with one of our poker partners, make a minimum deposit of $ 25, and generate $ 10 in rake/fees. YourPokerDream reserves the right to investigate new claims for fraud to make sure that everything is fair and works as it should be.

The extra commission and the cash bonus are of course in addition to the normal commissions / deals!

We value each of our players very much. Many have gone with us through good times and bad times and have nevertheless remained faithful to us. For this reason, we select certain players who, depending on their activity in recent months, get an extra cash bonus from us as a small thank you.

Every single player is important for YourPokerDream and nothing works without you. Our VIP support will contact all players who have been selected for a cash bonus via Skype or via email.

Building a solid bankroll is not that easy and it’s hard to start with. For this reason, we have prepared for christmas a very special promotion, which should help beginners and those who have no or only a small bankroll available. This promotion is based on various freeroll tournaments and is linked to a very small activity by each player.

This promotion runs from 01-31.December 2017 and will give some players a lot of fun and a push for the bankroll.

Check out our Bankroll Booster Promotion
Leave A Comment