Home » Poker Online » Poker Hall of Fame » Barry Greenstein
Barry GreensteinLawrence Damilola2020-10-30T13:45:13+01:00
Author:
Lawrence Damilola
Hi Guys, I am Lawrence and I started working for YourPokerDream as a content manager since 2019.
My job is it to manage the news section of YourPokerdream; to write different reviews on our partner sites and create new articles. 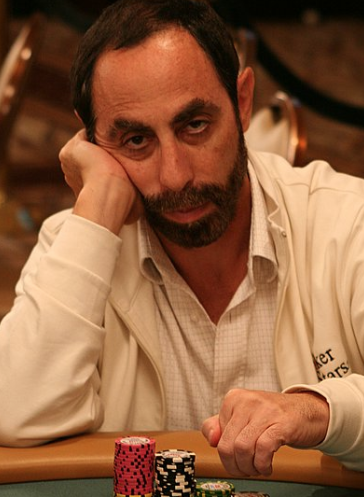 Barry Greenstein is often regarded as a true legend of poker. He is also one of the most highly successful cash-game players of all time. However, Barry won the World Series of Poker three times; he was then inducted to the Poker Hall of Fall in 2011.

Barry was born on Dec.30, 1954, raised in a neighbourhood in Illinois, Chicago and graduated from the University of Illinois at Urbana-Champaign.  Barry excelled very well academically and went on to do his PhD in Mathematics but he never defended his thesis. He later worked at Symantec for 7 years and during those times, he developed an award-winning software while playing poker also.

Greenstein family loved playing card games and by the age of 4, Barry’s father taught him how to play poker. It is important to know that back then, it wasn’t easy to evaluate your game when playing card games, but Barry wasn’t deterred by the hardship in poker at that time.

Barry first appeared in each of the three series of Poker Superstars Invitational Tournament and all seven seasons of the GSN series High Stakes Poker.  Barry won 2 World Poker Tour (WPT) titles during his time: the Fifth Annual Jack Binion World Poker Open ($1,278,370), and 2006 WPT Invitational at the Commerce Casino ($100,000).

Barry Greenstein’s total earnings is summed up to over $8 million. This reputable player made his first appearance to the World Series of Poker in 1992 and won in that year’s $10,000 buy-in Main Event. He later made his first appearance at the final table of the WSOP and finished 5th place in the event four years later. At the moment, Barry is among the top ten players with all-time cashes at the WSOP – he reached 17 tables and won 3 bracelets in the three different game-types of poker: No-limit deuce-to-seven single draw (2004), Pot-limit Omaha (2005), and Razz (2008).

It is also necessary to know that his biggest tournament feat came on the World Poker Tour, where he won the 2004 Jack Binion World Poker Open for over $1.27 million. In 2006, he earned his second bracelet at the WPT Invitational, held at L.A.’s Commerce Casino. In the WPT event, Barry made 5 final tables and he is also among the top 5 all-time cash player in the event. No doubts, his feats made him televised at special events and tournaments.

Barry is often regarded as an offline poker player. Nevertheless, even though most of his mobile betting websites now offer online poker, he has played on PokerStars and Full Tilt Poker.

Barry also authored a book called ‘Ace on the River to great acclaim’ in 2005 and this book involved great strategies on poker. His book also gives great insight into the poker world. The sales of the booked piqued the interest of poker players and as a result, it reached Amazon’s top 20 in book sales.

Barry plays aggressively and utilizes his tight image when he plays to win a big pot. He pays a lot of attention the moves around him. Barry tries to read the table dynamics, thus, placing over-callers on their own holdings. He also folds on the flop against his opponents.

Barry Greenstein Bracelets at the WSOP