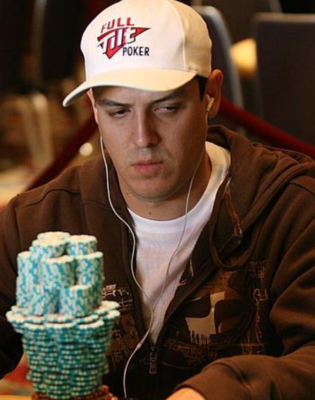 One of the most reputable poker players today is Carlos Mortensen. He was born on April 13th, 1972 in Ambato, Ecuador. He is also considered as one of the most hardworking players in the poker industry.

Mortensen is the only South-American Main Event winner in the WSOP (World Series of Poker). This remarkable player is highly famous for his chips-stacking technique.

Before taking part in the World Series of Poker event for the first time in his career, Mortensen went to the U.S from Spain in the late ‘90s to professionally play poker and earn a living.  In this period, he worked on himself and mastered his skills and went to win the 2001 World Series of Poker (WSOP) Main Event in a field of 613 players. In the same event, Mortensen cashed out a total of $1,500,000. The final table of the 2001 WSOP was a difficult one for him because it had the likes of Mike Matusow, 1989 WSOP Main Event champion Phil Hellmuth, Phil Gordon, and Dewey Tomko, but he still won the event.

Furthermore, Mortensen achieved more strides, and he won his second bracelet in his career in the WSOP that took place in 2003. He triumphed in the $5,000 Limit Hold’em event. At the final table of this event, he won Mark Gregorich heads-up to claim the prestigious prize pool of $251,680. Mortensen didn’t stop there. He also took part in the 2006 World Series of Poker and reached three final tables. However, Mortensen finished at the 9th place of Event #2 (No Limit Hold’em) and Event #2 (No Limit Hold’em) earning him $71,617 and $73,344. He almost won his third bracelet in his career in Event #33 (Razz). He was the runner-up of the event after being defeated by James Richburg, but he went home with $94,908. Mortensen also played the 2013 WSOP event and finished 10th place.

Mortensen is the last professional poker player to win the WSOP Main Event. This is due to the fact that after the poker boom that surfaced two years after he won the Main Event, it has been challenging for famous professional poker players to maintain consistent success because of the drastic increase in the field of players that partake in the WSOP Main Event. A few big names made the final tables in the post-boom years, but none of them has maintained consistent success since 2017.

Mortensen did not only play the WSOP Event; he also took part in the World Poker Tour (EPT) event. He won the 2014 WPT Doyle Brunson North American Poker Championship for $1,000,000. He became successful in the WPT Season Five Event and earned the $3,970,415 prize money, the most significant amount of money he ever won in his career. The win in WPT Season Five makes it the second career WPT title, making him the first player in poker history to win the World Championship tournaments in WSOP and WPT.

In 2010, Mortensen won the WPT Season Eight Hollywood Poker Open, surpassing Daniel Negreanu on the all-time WPT money list. It is important to note that after Adrián Mateos, he is the second most successful Spanish poker player. In October 2016, Mortensen was inducted into the Poker Hall of Fame.

Mortensen is a highly intelligent player. He uses his intellect when he plays. Mortensen is also known to put pressure on his opponents, which he uses to his advantage.

Carlos Mortensen Bracelets at the WSOP