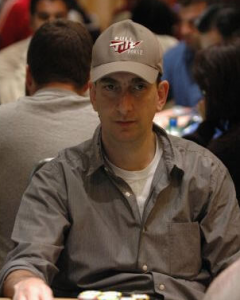 Eric Seidel is an absolute exceptional player behind Daniel Negreanu with $ 34,575,438 in winnings, the runner-up in the All-Time Poker Money Leaderboard rankings. In addition, Eric Seidel has previously collected eight bracelets at the World Series of Poker. Despite these remarkable successes, the native New Yorker is often overlooked, which is due to his calm and reserved manner. He hardly ever notices anyone at the table and he always keeps in the background.

After his initial work as a stockbroker, he first made a living as a professional backgammon player before discovering poker in the 1980s. In 1988, he pulled in the final of the WSOP Main Event against Johnny Chan the short straw. The last hand of the two was immortalized in the movie “Rounders” with Matt Damon and John Malkovich.

He is a very quiet player and instead of big words he prefers to speak his game for himself, which, as already mentioned, leads him and his successes to be overlooked.

For years there has been speculation about the game of Seidel, which also has to do with the fact that he is extremely reluctant to talk about it. He even finds it very uncomfortable when his cards are visible to anyone on television broadcasts and he tried to cover them up at first.

His playing is based on his analytical skills, which he refined and perfected through his work as a stockbroker and professional backgammon player. His playing style is very tight and he plays rather few starting hands. Just when you compare him to players like Gus Hansen or Phil Ivey, you notice that he plays a lot more passive. Greg Cavouras once explained Seidel’s success by “always giving his opponents enough rope to hang himself.”

You are a very focused, calm and patient player and his playing style is often very outdated and no longer up to date, but if you look at his achievements is not quite true. Eric Seidel continues to be one of the best poker players in the world.

Eric Seidel Bracelets at the WSOP

Some of the best videos of Eric Seidel