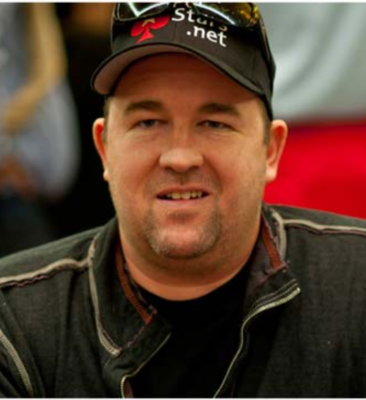 Christopher Bryan Moneymaker is a professional poker player from the United States. He was born in November 21st, 1975 in Atlanta, Georgia. Moneymaker was inducted into the Poker Hall of Fame due to his success in the poker industry. He won the Main Event at the 2003 World Series of Poker (WSOP), in which the victory changed the poker industry immensely as he was the first poker player to emerge as the world champion after succeeding at an online poker website.

The surname “Moneymaker” was as a result of his ancestors making silver and gold coins and hence, they chose the adopted the name “Moneymaker” to modify their German last name: “Nurmacher.”

During his early life, Moneymaker schooled at Farragut High School in Knoxville, Tennessee, and later bagged a master’s degree in accounting from the University of Tennessee.

At the time when he worked as an accountant, he played in the World Series of Poker Main Event in 2003 of which he won, after succeeding at the PokerStars online poker card room. Even though he wasn’t a famous poker player before the partaking in the Main Event, Moneymaker caught the attention of poker fans and stars at the first day of the event – he was even called “dark horse” by a professional sports handicapper Lou Diamond. Moneymaker went home with $2.5 million after emerging as the winner of the Main Event that took place in 2003; since then, he got the attention of poker fans and stars all around the world.

Moneymaker quitted his accounting job after winning the WSOP Main Event, and then on, he became a spokesman for WSOP owner Harrah’s Entertainment and PokerStars. He further created his own gambling company named Moneymaker Gaming.

Moneymaker also took part in World Poker Tour tournament in 2004, but he finished second place at the Shooting Stars event to win $200,000. He also finished sixth place at the Event 5 of the 2008 World Championship of Online Poker to take home over $139,000.

Moneymaker also played professionally in Event 16, the $215 Pot Limit Omaha with Rebuys, where he finished fifth, to earn more than $28,000.

He also had memorable feats including taking second place at the National Heads Up Poker Tournament earning $300,000.

During his lifetime as a poker player, Moneymaker likes playing his hands all strong and fast. He plays lockdown poker and super tight. Moneymaker’s playing style, most times, depends on his opponent. He plays aggressively or instead lowers the variance and play smaller pots after watching his opponent’s moves.

Chris Moneymaker Bracelets at the WSOP