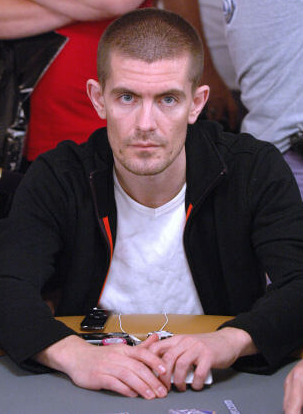 Gus’s full name is Gustav “Gus” Hansen was born on Feb, 13th 1974 in the outskirt of Copenhagen, Denmark. He is one of the most highly-respected poker players in the world today and currently lives in Monaco since 2013.

Hansen records great success in his career; he won three World Poker Tour open titles, one WSOP bracelet, the Aussie Millions main event in 2007, and was the winner of the Poker Superstars Invitational Tournament Season 1.

Hansen was already a prominent backgammon player and a youth tennis champion before venturing to play poker professionally.

Hansen began playing poker in Santa Cruz, California at the Ocean View Card Room. However, he played the 2004 WSOP Main Event where he finished 150th in the money. Furthermore, Hansen became the first player to win the World Poker Tour (WPT) open tournaments thrice. Additionally, he was also the winner of the first WPT Bad Boys of Poker invitational event.

Hansen’s poker career progressed in a dynamic manner after being inducted into the World Poker Tour Walk of Fame, in 2004 along with Doyle Brunson and James Garner.

In 2006, Hansen became a part of PartyPoker.com Football & Poker Legends Cup tournament, together with Theo Jørgensen and Kim Christofte. At the moment, this poker professional is listed in the Professional Poker Tour and the season 2 of High Stakes Poker. More importantly, Hansen also became the first poker player to win NBC’s Poker After Dark and he received $120,000 after outclassing other poker professionals that featured in the events such as Phil Hellmuth and Huck Seed.

In recent times, Hansen became infamous in his bad high-stakes online outcomes. It is important to know that Hansen is arguably one of the most successful online poker players in the poker industry with more than $20,000,000 in losses. Due to that, it is very easy discarding him as a player, but we should not be in a haste doing that.

Firstly, Hansen is one of the poker players that invented the modern loose-aggressive playing style and he won lots of tournament with this method of play in live poker tournaments, but also had the $20,000,000 loss during his lifetime as a professional.

However, Hansen showcased his skills with the deep-stack cash format from the 5th season of High Stakes Poker.  No doubts, his pre-flop moves with 630 may look like a bad loose for most poker players, but a debatable hand selection is a vital part of the modern loose-aggressive playing style in poker.

That said, Hansen has bigger odds to add the hand given the family pot made in front of him. Even though getting the right balance isn’t the best option in a five-way pot, Hansen still checks the flop out of position on dry board texture.

Gus Hansen Bracelets at the WSOP

Some of the best moments of Gus Hansen on TV

The last changes of the page “Gus Hansen” was made by Daniel Berger on December 31, 2020