Home » Poker Online » Poker Hall of Fame » Dan Harrington
Dan HarringtonLawrence Damilola2020-12-31T13:44:28+01:00
Author:
Lawrence Damilola
Hi Guys, I am Lawrence and I started working for YourPokerDream as a content manager since 2019.
My job is it to manage the news section of YourPokerdream; to write different reviews on our partner sites and create new articles. 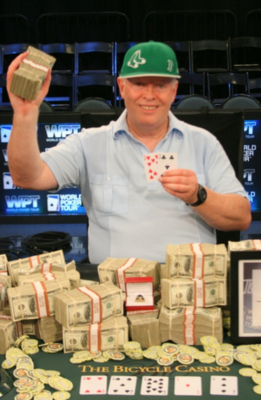 Even though Dan Harrington has a shy personality, he has quietly created a legacy for himself to becoming one of the most respected and influential players of all time in the poker industry.

Dan Harrington was born on December 6th, 1945 in Cambridge, Massachusetts. His career highlights include being the winner of the WSOP Main Event in 1995, making the WSOP Main Event final table about four times (17th in 1987, first in 1995, third in 2003, fourth in 2004), and winning the WPT Legends of Poker tournament in 2007. Harrington is also a renowned author of three books on poker strategy.

It is important to know that despite playing in times when there were small buy-ins in the poker industry, his total winnings equals $6.6 million.

While growing up, Harrington showed exceptional interests and skills on games like chess and went on to win the state championships in Massachusetts and New Jersey.

However, his interest in the game of chess didn’t hold up much longer when he realised he couldn’t make much money from it. Although during these times, he played little poker games – even with then-unknown Microsoft founders-to-be Bill Gates and Paul Allen who were, at the time, were students of Harvard.

After building confidence in chess and backgammon, Harrington went into playing poker full-time. He then featured at the prominent Mayfair Club in New York City that had poker greats such as Erik Seidel, Howard Lederer, etc.

In 1988, Harrington played his first Main Event and finished 6th winning the $43,750. This spurred his poker career.

In 1995, Harrington made a big success in the poker industry. He won the $2,500 No Limit-Hold’em against top-notch players such as Chip Reese and Chau Giang for the first time and then winning the Main Event.

Even though the poker field looks small in the past and usually accommodates more than 200 participants, Harrington surpassed them all and won World Champion status along with $1 million.

In the 2003 WSOP Main Event, Harrington outclassed a field that involved professional poker players like Phil Ivey, David Singer, Freddy Deeb, Scotty Nguyen and Howard Lederer. The field was left with 3 players: Harrington, Sammy Farha and another poker player by the name of Chris Moneymaker. In this event, he finished at the 3rd place and with prize money of about $650,000.

In 2005, Harrington almost won his first WPT event at the second annual Doyle Brunson North American Poker Championship that involved more than 400 players but was beaten at the finals by a cash-game player known as Minh Ly in the heads-up play.

There are players who play for glory and there are others who play just for the money – Harrington plays for the money. No doubts, Dan Harrington is one of the most successful players the world has ever seen with a total earning of more than $7 million as prize money.

Harrington’s playing style is tight aggressive and he is well-known to play strategically. Through his books on how to play poker successfully, he reveals the strategy for Hold’em tournaments: Inflection Points, Zone Theory, and Harrington’s M.

Dan Harrington Bracelets at the WSOP