The Tilt Problem in Poker 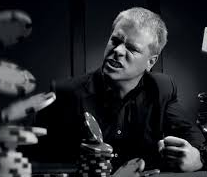 Tilt is one of the main reasons why poker players lose money. And that also affects the best poker players. There are very few players who are not or very rarely on tilt. Tilt occurs much more often than you think. If you do not play your best possible game, you lose money. You deviate from your A-Game due to Tilt and make decisions that have no positive expectancy.

This does not automatically mean that every deviation from the optimal game is equal to Tilt. There are many other situations that affect you so much that you unconsciously deviate from your optimal game.

The reasons can be as follows:

What does Tilt mean?

Under Tilt poker players understand a state of emotional excitement, in which a player longer makes factual decisions and acts out of the emotions. As we have explained in other articles, you should play poker completely without emotion and not result oriented. If you does not do that, you achieves long-term loss.

There are many reasons for Tilt. This can be a long downswing, which just does not want to go away or just a few unfortunate bad beats in a short period of time. The opponent always hits the river, does everything wrong but wins anyway. You play solid poker yourself, you always come into the game with the best hands, but you just lose. Because of such things, players go on tilt. Players deviates from the optimal game and sets a “i dont care” tactics to the day. That means marginal hands played by the motto, the fish also wins constantly so why not me too. You build up an enemy image against certain players and want to destroy them. Many players go then crazy. Objects are flying around, mice are being destroyed, people are shouting and are extremely aggressive.

Often there will be a personal war in the chat with the fish. You focus more on the chat than on the actual game. Even small deviations from the optimal game can massively reduce the win rate.

Possibilities to protect yourself from tilt

To protect yourself from tilt you have to first recognize when you’re on tilt. There are several signs that hint at tilt.

The most important thing is that you immediately stop playing when you realize that you are on tilt. To avoid major losses, a break in poker is urgently needed. When you play cash, you can immediately leave the table and if you play Sit&Go Tournaments, you end up completing your set and stop open new tables.

Abreact and come back clear in the head

Calm down and take a deep breath. Take a walk or eat something. Talking to other poker players can also help to calm down. There are many possibilities and of course every person is different. Find out for yourself what helps you best.

It is important that you stay away from the tables until you are totally relaxed and calm again.

Turn off the chat and avoid tilt

A good poker player has never turned on the chat because it is completely unimportant and distracting. And especially when you play several tables you have to make all decisions in a few seconds and situations must be analyzed.

It makes no sense to discuss with a bad player how good or bad something was.

The focus must be on your own game

The variance plays a huge role in poker and experienced players are aware that there are always bigger fluctuations, even if you are a very good player. A good player accepts the variance and knows how to deal with it. It does not matter what other players do and short term results are not important. If the bad players would not sometimes be lucky and win, then there would be no money to make in poker.

No matter what happens, always play your A-Game and make decisions that have a positive expectancy. The winnings will come automatically over time.

The higher the number of tables, the less attention you can pay to each table. You do not even get along and often do not get that your opponents were lucky in an all-in.

Object for coping with frustration

If you are one of the poker players who have already destroyed numerous mice, keyboards or even monitors during a tilt phase? If so, then you should get yourself a special item that will help you live out your anger. It should be something soft, of course, something made of rubber, for example, which can not destroy anything. You can then throw this item down full of anger or do something with it.

Sometimes just as changing the poker room helps to reduce a tilt. Poker is playing in your head and sometimes you just have such a hatred for the poker room, even though it has nothing to do with it, so a change for a few weeks or months is just fine.

The last changes of the page “Tips against Tilt” was made by YPD on February 27, 2018