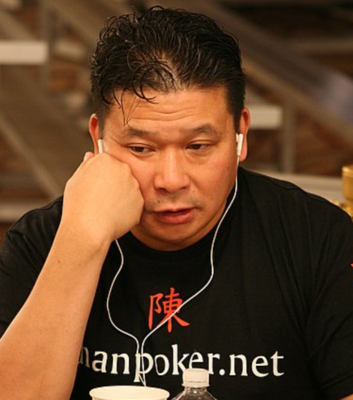 Johnny Chan was born in 1957 in Guangzhou, China. He is one of the most professional Chinese-American poker players of all time. He won lots of tournaments – including 10 bracelets in the World Series of Poker (WSOP) events.

Chan puts in lots of work to get to where he is today. As an immigrant from China, life wasn’t always rosy for him and the poker game wasn’t career he wanted to have for himself at the initial stage of his life, but today he is one of the richest players in poker.

At the World Series of Poker tournaments, Chan participated in the 1987 and 1988 edition, thus, making him the first foreign player to win the event. A videotape of the 1988 edition showcased a cameo appearance of Chan. It is necessary to note that Chan was at the brink of winning his third consecutive title, but he finished 2nd in 1989 to Phil Hellmuth. Chan is also known to be the first player to win WSOP in a row.

Chan is also the first poker player to win 10 bracelets in WSOP tournaments and he defeated the likes of   Phil Laak in a Texas hold ’em event. However, it is only Phil Helmuth that has more WSOP bracelets than him: Phil Helmuth has 15 WSOP bracelets. Due to his feats in the poker industry, Chan was inducted into the Poker Hall of Fame in 2002.

Moving forward, Chan also took part in the Bob Stupak’s 1981 American Cup poker tournament after defeating more the players that competed in the game in less than an hour. As a result of this feat, he was named “The Orient Express”.

It is also important to know that Chan has never made a final table before on the World Poker Tournament.

This great player has also featured on the 2004 and 2005 World Series of Poker Tournament of Champions events.

Chan’s playing style involves taking one street both in order to pot-control and in order to limit the opponet’s positional advantage. His playing style is also an aggressive method. Chan is often called a bully at the table often times and it has served him well.

Johnny Chan Bracelets at the WSOP

A few videos from Johnny Chan

The last changes of the page “Johnny Chan” was made by Lawrence Damilola on December 27, 2020