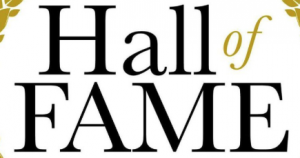 The Poker Hall of Fame

The Poker Hall of Fame is located in the Binions Horseshoe Casino, Las Vegas, and was founded in 1979 by Benny Binion to pay homage to the best poker players in history and attract more tourists to the casino.

In 2011 a new age requirement was added which made the minimum age 40. Consequently, regular nominees during previous years, such as Phil Ivey and Daniel Negreanu, found themselves albeit temporarily out of contention, but were eventually inducted once they had reached the age threshold.

Players take great pride in being among the elite who have been selected for inclusion over the years, with Barbara Enright, for example, the first woman inducted into the Hall, saying her induction was a “lifetime achievement honour.”

Certain conditions must be met to be included in the Hall of Fame:

As of today, there are 58 players in total who have been admitted to the Poker Hall of Fame, with 31 still living. YPD has put together profiles of some of the players who have been inducted. Click on the name of a player, below, and take a look at their achievements and information.