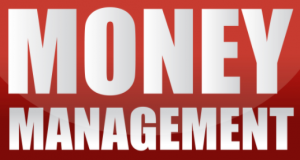 Typical bankroll-related questions when contemplating online poker are which limits you should play, how much money will be required, when can you move up limits and so on.

All of these and more are why we need to invest some time thinking about Bankroll Management (BRM). In this article we’ll explain what BRM is, how it works and why anyone who has even modest ambitions of success regarding their online poker career should find a workable, practical and sensible BRM plan and, subsequently, endeavour to adhere to it rather than allow impatience and emotion to throw a proverbial spanner in the works.

What is a Bankroll?

A poker player’s bankroll is the amount of money that has been set aside to be used exclusively for playing. It’s a simple concept, but one that is constantly either not fully appreciated or – perhaps even worse – understood but nevertheless abused by those who lack the necessary discipline. When we say ‘to be used for playing’ that is indeed true, but the aim is to have just the one initial bankroll rather than having to keep starting anew, and to minimise the necessity to return to the well for more poker funds, it’s imperative to get into the right mindset that means treating the whole subject with a level of caution and prudence.

And that’s where sensible Bankroll Management comes in. A bankroll needs to be protected and cultivated over time. Respected. The wellbeing of a bankroll is a poker fan’s main priority. However talented someone might be, the dreaded variance doesn’t differentiate and needs to be factored in when determining what proportion of a bankroll should be invested when sitting down to a Cash game or a Tournament, for example. Patience is key.

Success in online poker involves a long journey – what matters is actually getting to the desired destination, not how quickly. The objective of BRM is to minimize the risk of losing a significant portion of the bankroll, setting limits with which we feel comfortable and which simultaneously allow for useful profit while keeping risk manageable.

A player who is just starting to play poker painstakingly saves €500, goes to the casino and sits down at a €1/€2 Cash game table. Even if this player is a poker genius, a Phil Ivey in the making, there’s a very real chance of going bust and having to start all over again by saving up another €500. This is bad news on two fronts – first, it’s another $500 that needs to be made, but there’s also the time lost.

How Bankroll Management should be done

It’s worth reminding or acquainting ourselves with the classic fable of the Tortoise and the Hare. The two decide to have a race and, not surprisingly, the much faster hare gets off to a flying start and leaves behind the plodding tortoise, who simply maintains an even pace. The hare is so far ahead that he even decides to take a nap, is overtaken and, despite a last-minute attempt to make up for his mistakes, ultimately loses. The motto of the story is ‘slow and steady wins the race’ – a concept which those of a certain age might justifiably claim isn’t fully appreciated by those of the modern generation who are sometimes guilty of instant gratification.

There’s simply no place for impatience in poker generally, and in terms of BRM it is the cause of not only many a failed career, but of overly ambitious, reckless players not even giving themselves a chance to succeed. A good and eventually successful poker player correctly considers the game as an overall investment (made up of many minor investments) which, of course, as well as yielding positive returns, can also lead to losses. In the best case (long-term) scenario you invest only if you make profits, but even then you will experience fluctuations and losses in the short and medium term. A bankroll must be able to comfortably sustain these so-called swings in order to sufficiently minimise the risk of going bust.

Not surprisingly, there’s more than one way to approach Bankroll Management, and different people will feel more or less comfortable adopting this or that plan. Depending on the type of player, and taking into account how many ‘attempts’ one can afford to invest in, strategies vary from aggressive to cautious… Here are three such BRM plans:

Minimum bankroll for one Blind level: 10 buy-ins
Level-Up Bankroll: 15 buy-ins for the next level

An aggressive BRM approach involves playing with at least 10 buy-ins. For example, if you have a bankroll of $450, this equates to 9 buy-ins for NL50 or 18 buy-ins for NL25. With this bankroll you should play NL25 at the highest, and if you drop below 10 buy-ins move down to NL10. You would then move back up only after accumulating enough to cover 15 buy-ins for the new limit.

A bankroll management with 10 buy-ins is really very aggressive because in Cash games it’s by no means unusual to see fluctuations of10 to 20 buy-ins. If you believe that this risky strategy is for you, it’s nevertheless imperative to be disciplined and stick to the plan if that means moving down a level when the numbers dictate such an adjustment.

Minimum bankroll for one Blind level: 30 buy-ins
Level Up Bankroll: 40 buy-ins for the next level

A conservative BRM strategy needs at least 30 buy-ins, and one should move up only when the BR covers at least 40 buy-ins for the next limit. With this method players are able to reduce the impact of fluctuations/swings and can better avoid switching between different limits compared to more aggressive BRM strategies.

If your bankroll is a value that you can not or will not easily offset with other sources of revenue, you should lean towards this more careful BRM as it reduces the risk of dramatic reverses that can see a large part of the bankroll being lost in a short period of time.

Level Up Bankroll: 80 buy-ins for the next level

Cautious bankroll management is for players who play poker primarily to make money. With this in mind it is essential to be particularly careful and to remember to respect the parameters of the strategy by adhering to them to the letter. A winning player is a winning player, so as long as disaster is avoided, the bankroll will continue to grow over time.

It’s imperative to have the reassurance of many buy-ins in reserve in order to be able to simply get on with the game without being held back by worrying about losing. The numbers above might seem ‘too’ safe, but it’s by no means unusual to see serious, full-time players who insist on having a safety net of 100 buy-ins. Playing with so-called ‘scared’ money can be severely debilitating, and it’s important to acknowledge that it’s not only those who have small bankrolls who should avoid handicapping themselves in this way – top players with seemingly enormous bankrolls will also make sure they stay out of the danger zone with diligent bankroll management.

The last changes of the page “Cash Game Bankroll Management” was made by YPD on November 11, 2021