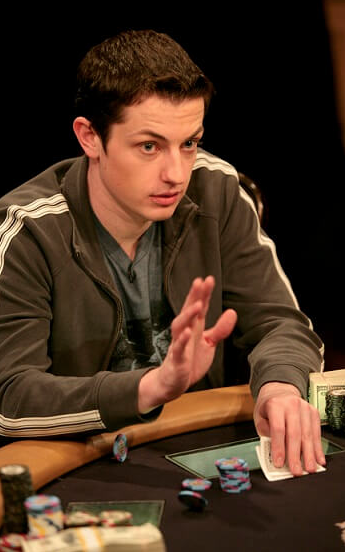 Thomas Dwan Jr. popularly known as “Durrrr” is one of the most successful online poker players of all time. He was born on the 30th of July 1986 and lives in Edison, New Jersey.  Dwain played a number of high-stakes poker games such as No-Limit Texas hold ’em and Pot-Limit Omaha, mainly on Full-tilt poker under the screen name of “durrrr”.  This poker player took part in many live poker tournaments and won lots of prize monies. Dwan also featured on National Heads-Up Poker Championship held by NBC, the 4th, 5th, 6th, and 7th seasons of Poker After Dark, the 3rd, 4th, and 5th seasons of Full-Tilt Poker’s Million Dollar Cash Game, and the 5th and 6th seasons of GSN’s High Stakes Poker.

Dwan was a drop-out from Boston University and went on to pursue playing poker full-time. However, he started playing online poker with a $50 bankroll, but at the initial stage, he was focused on playing on sit-and-go tournaments. He later switched to multiplayer cash games then to heads-up cash games.

He also claimed to have loss $2 million of his $3 million bankroll, over a four-month period of which he recovered from the loss in 2009.

It is important to know that Tom Dwan started measuring great success on live tournaments at the age of 19; he finished at the 12th place in the £3,000 no limit Texas Hold ’em Main Event of the European Poker Tour’s second season held in London, earning £7,000 ($12,398).

Tom Dwan went on to participate in the NBC National Heads-Up Poker Championship, where he defeated Phil Hellmuth in the third hand. In 2011, he also cashed out three times at the 2011 World Series of Poker, including a 5th-place finish in the $10,000 H.O.R.S.E. Championship for $134,480.

One thing Dwan is known for is how to put pressure at any point in time so as to make his opponent fold when he bluffs. He uses this to his own advantage.

Furthermore, he is also well-known for his aggressive preflop play. Even though his hand selection might be a ‘bone of contention’ we have to keep in mind the game’s format.

He also uses blockers. On a particular flop texture, most players from couple years back couldn’t possibly have a balanced check on a raising range after flatting preflop.  Dwan blocks a lot of semi-bluff combinations.

Lastly, everyone talks about Dwan’s aggressive preflop play and multi-barrel bluffs, but very few people talk about his folding game. It is necessary to know that without disciplined folds, splashing around can leave you without a bankroll very easily.

Dwan’s mindset is considered to be one of the best in the poker game as he doesn’t easily fall for his opponent’s fallacies.

Some of the best moments of Tom Dwan on TV

The last changes of the page “Tom Dwan” was made by Lawrence Damilola on December 27, 2020