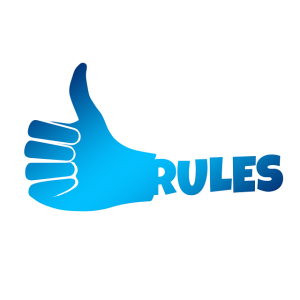 Poker is interesting in that it is simultaneously a fun and serious game. On the one hand we can enjoy the thrills and spills of what the Poker Gods have in store for us, while on the other the whole point is to win chips – and, ultimately – money at the opposition’s expense.

With this in mind we need to find a balance in terms of how we behave at the table, and of course there are rules to adhere to, too. Not surprisingly, it is particularly in the Live Poker environment where such matters assume the most significance, not least because we are sitting face-to-face with our opponents, as opposed to being able to hide behind the anonymity of the virtual game .

Here we will look at some of the more fundamental aspects of how to comport ourselves at the table in an actual poker room, so that even totally inexperienced poker fans can feel confident that their first time playing live won’t be an intimidating one.

Friendly, respectful behaviour should be the norm

Nobody likes a sore loser, and nobody wants to see a smug winner, so as much as we can almost let our emotions run free when playing online poker because nobody can see or hear us, it’s a different kettle of fish altogether in a live environment. It’s a good idea anyway to have a calm, controlled demeanour at the table – as well as avoiding behaving in an unsportsmanlike way, we’re more likely to create a more successful table image.

Keep your emotions in check

Poker, like life, can be quite the emotional rollercoaster, thanks partly to such factors as luck and our being only human, with vulnerabilities, egos, pride and so on. It’s imperative that we don;t allow ourselves to be held hostage by our emotions to the point where they manifest themselves in such a way as to detrimentally affect other players. This is true whether we’ve just lost or won a massive, crucial pot, or if our patience is being stretched to the extreme by a horribly cruel combination of poor fortune and poor cards. There’s no justification, whatever the circumstances, in behaving rudely or disrespectfully at the poker table. Note the same should be said of online poker, too, and those players who can’t handle themselves with (self) respect in any environemt are doing the game an injustice. We might see so-called ‘trash talk’ or outbursts at the table portrayed in an aggressive or unseemly way when poker is shown in films and TV, but that’s purely entertainment. In real life it has no place.

Again – this is another no-no. Sometimes in Live Poker we see a player let an opponent get under his skin. Perhaps a bad beat against a specific opponent is followed not long after by the same kind of thing happening again and, to rub salt into the wound of the ‘victim’ the lucky player might have won despite making serious errors or after taking a totally unjustified gamble. It’s when we’re faced with such an understandably frustrating situation that we need to make sure we don’t lose focus and find ourselves on a mission that’s all about getting even, seeing our newfound enemy (at least in our heads) get their comeuppance, directing our anger at them, even verbally abusing them… Quite simply: DON’T GET PERSONAL. Once again, this holds true for online poker, too…

Don’t give advice or criticise!

Whether it’s Live Poker in a bricks & mortar casino or online poker, we should always show our opponents utmost respect. Poker is almost unique in how it brings together people with a shared passion from around the globe. We all need to play our part in making sure this harmony continues, and that means putting ego and selfishness aside.

The last changes of the page “Live Poker: Rules & Table Etiquette” was made by Daniel Berger on November 26, 2020