Mistakes trough your own poker ego

Home » Poker Online » Poker Strategy » Psychology/Mindset » Mistakes trough your own poker ego
Mistakes trough your own poker egoDaniel Berger2019-11-09T22:15:27+01:00
Author:
Daniel Berger
Hi Guys, I am Daniel the chief content manager of YourPokerDream.
I have been working in the poker industry for almost 10 years now.
I do my best to keep you all up to date regarding our partner sites
all promotions and about general poker topics arround the world. 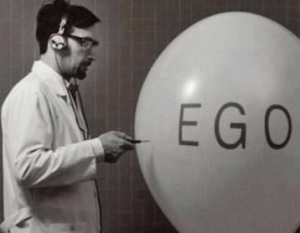 If you want to play poker successfully, you should leave your ego at home. Because your own ego can greatly influence your game and prevent you from playing your A-Game. The goal of poker is to make factual and deliberate decisions that have a positive expectancy and bring you long term money.

Special moves to impress your opponents

Many players tend to make any crazy moves which have no real sense. Often they try hard to get some bluffs, just to show their cards afterwards, and state what a great player they are. The truth is quite different, because a good poker player does not care and he would never behave like that.

Poker is about winning money from other players. Every cent you win comes from another player. Not infrequently it happens that some players takes the it personally, if they have lost a lot of money against a certain opponent for a long time. This is scratching the own ego and you want to force your lost money against exactly this player.

Unfortunately, this attitude has fatal consequences, since you no longer make objective decisions against this opponent. You see this opponent as a personal enemy and will do everything to get your money back. Whether that’s through good moves or crazy bluffs. The problem is that you focus only on a particular opponent and thereby completely lose the attention of the other players. This allows the other players to benefit and gain an advantage.

Try to focus on all your sessions so good as possible.

Before you start a session, you should take a few minutes and tell yourself that you will play your best possible game today, no matter what happens at the tables. This simple confirmation of your intentions can have a tremendous positive effect on your emotions in the session.

Play only limits and players where you are able to beat

A good poker player knows which limits and which players he can beat. The money comes from the bad players and not from the pros. If you have no edge on your opponents, you should not play either. However, your own ego often does not allow you to admit that you are worse than certain other players. You always want to be the best, or at least at the same level.

One should look at this from a completely different angle. Let’s just take the football Bundesliga in Germany as an example. It is quite clear that FC Augsburg is the bad team when compared to the big teams like Bayern Munich, Borussia Dortmund or Red Bull Leipzig. Nevertheless, these are among the top teams in Germany and are therefore not a bad football team.

Improve your own skills

The more you works on your own playing style, the more you can trust your own game. As a result, you will increasingly resort to nonsensical lines to satisfy your ego. The reason why this is so is very simple: If you are in a situation where you do not know what is playfully correct, you run the risk of letting your own ego decide. The better your own game, the better you react in certain spots.

You can not fold

For many, a fold equals giving up. And you do not want to give up and lose a fight. Especially with a very large pot, it is of course more difficult to put a hand away, if you still have a small chance to hold the best hand.

You should really calmly analyze how high the actual probability is to be ahead. How big is the chance to make a draw to beat the opponent and if you even get the odds for a call. But the ego often thwarts these thoughts and people thinks more about whether to make a sausage from themself, if they put the hand away and what it looks like when they actually bluffs and then shows the cards.

To play and force to be Break Even

Nobody likes to lose and nobody likes to end a long session with minus. The worst thing for your own ego is to leave the table as loser. Most players continue to play with the hope of  be break even at the end, even if all the signs are against it and you should actually leave the table and finish the session for today. The pressure you put on yourself prevents you from playing your A-Game, and as a result you lose more.

Poker is a long session and there will always be days of loss that are normal and not bad at all. It counts the overall result and not at the end of a session. You can not force anything in poker if nothing works. It is important that you do not make the situation worse than it already is, just because you can not put up with a lost day.

A limit, if you have to and the bankroll does not give it away anymore

One of the worst things for a poker player is when he has to go down a limit. Some people takes this as a personal failure and classifies it as a great failure and embarrassment. Maybe you have just climbed a limit after a long fight and would not like to dismount now. You want yourself and all the other evidence that you’re good enough to beat that limit. Often this means that you go broke. Not because you are too weak, but simply because you does not descend because of your own ego, although according to BRM it would have been necessary. Poker is a game in which variance plays a big role and swings belong to it.

Evict bad players from the table

As a good poker player, you should never attack the bad players if he make a bad move or if he win against osomeone with incredible luck. You should not freak out and explain to them how bad they are and that they will only lose  long term anyway. You should do exactly the opposite and build and motivate them. The bad players are the ones who bring the money into the system. Without bad players, there are no winning players. Most really good players are completely calm, no matter what. This type of player stays very covered and you will never see that other players being abused and lectured. Phil Hellmuth is a big exception. If a player leaves the table because he has been abused or feels uncomfortable and doubts about his or her game, it will reduce your own winnings and your edge if a slightly better player sits down at the table.

Conclusion of the mistakes by the own poker ego

This is not about your ego and personal things. It’s about making money and going home with a decent profit at the end of the month. Poker is a long session and not a short-term one. Switch off your ego and leave the table when things are going badly, do not wage war against other players, and be grateful for any fish who loses his money, even if he’s lucky.