PartyGaming is the big daddy of online poker networks

The PartyGaming network, with its flagship PartyPoker, is a veteran of online poker. The first online poker room, it first appeared in 2001 as a standalone site, and has since, after various acquisitions and mergers, firmly established itself as one of the top few providers. A pivotal move that led to Party securing itself at the top was the merger with the well-known sports betting provider Bwin in 2011.

At the moment, the PartyGaming network is in fourth place in terms of global player numbers, having been demoted from the top spot as the largest online poker room by rival PokerStars some years ago. Since the beginning of 2017, PartyPoker has been under new management, and their platform has been experiencing incredible success. Implementing new programmes such as a new rakeback set-up, a fantastic live poker series and working with familiar faces from the poker world and beyond has contributed to their continued and renewed popularity. Their collaboration with international stars like tennis legend Boris Becker is an example of their nimble recovery.

All sites of the PartyGaming Network are owned by Entain PLC (GVC Holdings), which is one of the leading names in the online gaming sector. Since PartyPoker and Bwin are also listed on the stock exchange, both providers are among the safest in the world.

The British provider and sports betting giant CoralPoker has also been part of the PartyGaming Network  since the end of January 2020, as it is also owned by GVC Holdings. Ladbrokes, another big name, will follow shortly in joining the PartyPoker network.

The network was always, and is still, a fantastic choice for poker fans, and we recommend signing up via YourPokerDream to get the best of both worlds – great poker action and great deals. 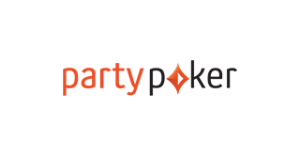 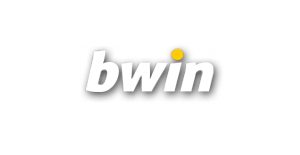 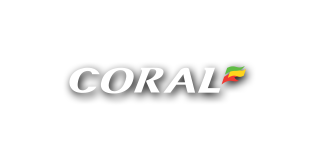 The PartyGaming network skins trailed behind competitors in terms of rakeback offers just a few years ago but, since the middle of 2017, however, when PartyPoker launched a brand new rakeback programme, it’s a different story. It’s now one of the best around, with players automatically receiving up to 40% rakeback each week. VIP  high roller players can even get up to 60%. Meanwhile, Bwin and CoralPoker have the same rakeback programme.

And with the help of YourPokerDream, you can get your hands on even more rakeback!

Sign up at one of our PartyGaming Network sites via YourPokerDream and benefit from numerous exclusive extras, increase your rakeback and make more profit…

Important: If you have an existing, inactive player account, get in touch with us so that we can check if we can retag your account with YourPokerDream with a view to taking advantage of our exclusive promotions, deals and tournaments.

The network is known for having a lot of casual players across all of its poker rooms, one reason for this weaker than standard player pool being that Bwin is a leading sports betting company and many casual sports bettors tend to find themselves joining the poker action.

All the usual poker variants are offered and, with the volume of players, tables are full day and night. Whether you like to play Cash Games (Texas Hold’em, Pot Limit Omaha, Short Deck Holdem…), Sit & Go Tournaments or Multi-table Tournaments, this global favourite has everything covered.

It should be mentioned that the PartyGaming network caters for all players from beginners and recreational online poker fans to professionals, and there’s no shortage of games whatever your bankroll.

The software wasn’t always considered a player favourite, but a series of recent updates have greatly improved the user experience and it deserves the current level of popularity it now enjoys. Indeed, it’s absolutely one of the software platforms on the market. Note that there’s a Mac version and a mobile version for all those who like to try their luck while on the go.

When it comes to promotions, this network is a poker juggernaut. There’s a smorgasbord of interesting incentives across every game format, and players are constantly given generous reasons to keep enjoying their time at the tables.

Very popular – and lucrative – are the  Jackpot Sit & Go tournaments which are a Spin & Go variant. These 3-player thrillers have a prize pool determined by chance, and players can win up to 12,000 times their buy-in within minutes. Even a buy-in of just 25 cents can be enough to pocket €2,000, while it’s possible to emerge as a millionaire after a game lasting literally a few minutes.

In addition, PartyPoker/Bwin offer weekly cash game rake races worth over $150,000, and Sit & Go lovers can enjoy weekly races worth $23,500.