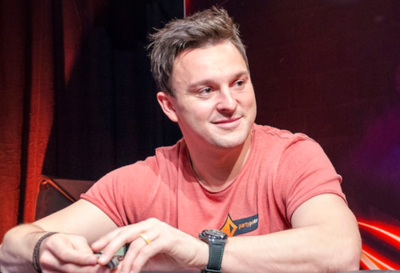 One of the greatest poker players in history Sam Trickett announced his intention to leave his home in Retford.

It is important to know that Sam is one of the most respected poker players in the world. He is currently ranked 21st in the all-time earnings list in the poker industry today and has been living in Retford since childbirth.

Later this week, Sam announced that he is finally saying goodbye to his cherished city after staying for 32 years.

Sam was a construction worker before joining the poker industry; since then, he has been making waves in the sport since his first competition in 2005. Up till now, he is regarded as a highly-rated poker player the country has ever produced.

The estimated net worth of Sam is estimated to be $9.4 million dollars due to his numerous poker winnings.

Sam admits that he is glad controlling his bankroll very well and investing wisely and strategically. He also acknowledged to the Mirror last year that he has lost the drive to convert big poker wins.

He stated: “If you go on a rollercoaster for the first time it is amazing, but if you go on it 50 times, it is not going to be as fun.”

“It is a bit like that with winning big pots after a while, you lose the adrenaline rush and feeling unless you keep climbing stakes and play beyond your means – then you get the rush back. But that is not something that I do.”

Sam began playing poker professionally at the age of 20 after witnessing several wins in Nottinghamshire pubs playing for £5 wins.

Sam quitted the job of a construction worker (a scaffolder) to become a professional poker player and no doubts, he has measured an innumerable success on the game so far. It is important to know that Sam owned a luxurious home in Ibiza.

His biggest success was when he won $10 million dollars in front of some of the best players in a charity program in Las Vegas. Sam professed that even though he records great wins from time-to-time, his wealth has caused some safety concerns.

He stated: “Our house got burgled in Retford – three men raided the house.”

“They waited for us to go out and they ransacked the whole house. They didn’t find anything because I don’t store money in the house. They were all in the same uniform, they never spoke as they were trying to get in because they did not want to give their accent away. It was professionals who targeted my house.”

“So yes, you do feel a bit at risk. Your information is all over the bloody internet and there are numbers next to the profiles of what you have won.”

However, he also added that “Even now in Ibiza, I have to leave my wife alone there and people see the cars and the amount of money that I have won.”

Terms and Conditions apply.
This offer is only for new customers who are at least 18 years old.
If you need some help with yor gambling pattern and if you feel
that something goes wrong, please visit begambleaware.com
By Lawrence Damilola|2019-06-03T11:55:18+02:00April 15th, 2019|