Is Online Poker still profitable in 2022?

Profit from Online Poker in 2022

It’s 2022 and, perhaps not surprisingly, online poker has continued to evolve. It’s become the accepted norm nowadays that there’s a seemingly endless supply of opportunities to learn about the game, with countless poker schools that promise expert coaching coaching that covers all formats and game types, whatever your bankroll… and all with the accompanying prospect that your dream of becoming a winning players will one day come to fruition. This vast online poker school is accessible to everyone. Every player and their proverbial dog has every opportunity to improve their game.

With this proliferation of learning opportunities and poker schools in mind, many players are understandably wondering whether online poker can still be profitable in 2022. If you’re playing at mid to high stakes, for example, can you really still earn a profit?

Before we contemplate this question, we would like to point out two online poker sites where playing can absolutely be (very) profitable due to a combination of the player pool including so many weak players (‘fish’) and the great promotions/rakeback deals that further serve to boost your bankroll..

Our recommendation: GGPoker is the perfect choice if you are looking for a profitable online poker room. We have an exclusive deal that will make playing there more profitable for you. If you sign up via YourPokerDream as an affiliate you enjoy a lot of exclusive benefits. Of course, all additionally to the fantastic promotions you already have as a standard from GG.

Sign up for GGPoker with the bonus code: YPD and enjoy the exclusive promotions and tournaments from YourPokerDream.

Let’s clarify something: A regular who plays daily/very often is not automatically going to be a winning player. Many make the mistake of panicking when other regulars sit at the same table because they fear that their own win rate will drop as a consequence of the ratio being too weighted towards better players.

Of course, it is more profitable to have a super fish at the table, but so-called ‘fish-regs’ also offer a great opportunity. Of all the regulars you meet at the table, around 70% are fish-regs – those who play often but are not sharks. These players generally break even and, with a good rakeback deal in place, might fall over the line into profitability. About 20% of regulars fit into this category, and only around 10% are genuine winning online poker players.

So now you know – a regular player is not automatically a good poker player. Fish-regs take only a little money out of the system, and many of them even net benefit the system in the long-term.

Weak players still abound. You can find the majority of them playing at the lower limits, but even in mid to high stakes games there are plenty of weak(er) players putting money into the online poker eco-system.

A normal ‘fish’ playing at NL 25-50, or Sit & Go tournaments for $5-$10, for example, deposits on average around $500 a year into their poker account. It only takes 2,000 such players dotted around the world and we’re already at $1 million added to the pool. And, of course, there are many many than 2,000 players in online poker, with many of them depositing much more than $500 in a year!

In Germany, Austria and Switzerland alone there are around 150,000 active poker players every year. Assuming that 50% of these are genuine regulars, while the other 50% are recreational online poker fans depositing just $100 per year, that still would mean that the fish from Germany, Austria and Switzerland would bring $7.5 million into the poker system.

According to current estimates, the worldwide poker market is worth about $7-$8 billion. Yes, you’re reading correctly. We are talking about billions!

The notion that we’re experiencing the end of the big poker boom seems like total nonsense if we take a closer look. It’s true that the market is not growing as fast as it did between 2003-2010 when online poker was comparatively new and less known, causing growth to be exponential. But that does not automatically point to online poker suffering a demise, as we might find a few doom-mongers claiming in some poker forums.

Depending on the poker variant you play, the right selection of online poker site is very important if you wish to maximise your potential profit. Our goal is for the players in our community to make the most they can playing online poker. So, read on to find which offer the most profitability overall. 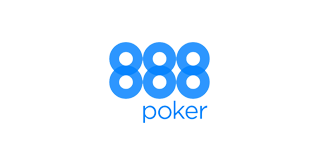 Online poker has evolved. The players have learned and the game has changed. In the long-term it is no longer enough to effectively play it by ear without putting in any effort, expecting to coast to a profit. However, that isn’t to say there is no longer enough money in the system, or that playing online poker for profit isn’t a totally viable option.

Our insider tip: GGPoker has everything! Many casual players, fantastic promotions and player-friendly state-of-the-art software.

Terms and Conditions apply.
This offer is only for new customers who are at least 18 years old.
If you need some help with yor gambling pattern and if you feel
that something goes wrong, please visit begambleaware.com
By Daniel Berger|2022-01-06T21:03:25+01:00January 21st, 2020|